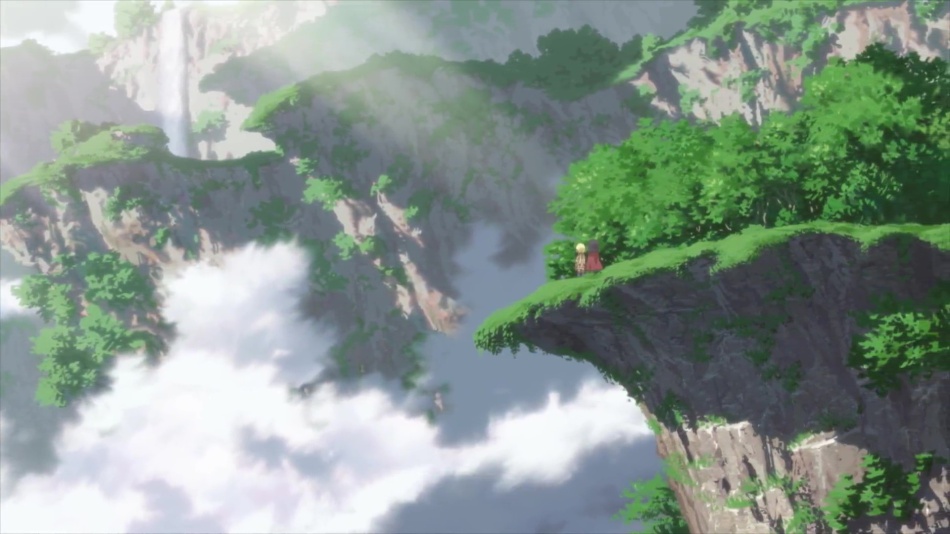 Riko’s adventure begins in earnest, as she and Reg begin rapidly descending the Abyss in hopes of evading any pursuit from Leader and the others.  Along the way, we get a taste of what the journey will bring, from ancient ruins to terrifying monsters to simply finding food.  The intrepid duo also encounter Riko’s uncle Habo, who gives them some food, a vaccine to prevent sickness in the second layer of the Abyss, and a worrying warning about the guardian of the Seeker Camp that sits at the entrance to the the second layer – Ozen the Unmovable.  Undeterred, the two continue, reaching the edge of the second layer.  Riko is now considered to be a suicide by those on the surface, and her further progress will only be impeded by the challenges of the Abyss and those who live in it.

It’s a little strange to feel proud of a character for charging recklessly towards her own death, but Made in Abyss makes you really want to root for poor, doomed Riko and her protector, Reg, if only because of her irrepressible optimism.

Despite barely having a plan and a supply situation that will require them to scavenge constantly as they progress, Riko is nothing but excited for her journey.  It helps that Leader left her a message containing a copy of her mother’s final journal, as well as a message from him to her that spurs her to faster action.  Well, that and Reg, who is assuredly the only thing that might keep Riko safe for longer than a day down here – I don’t even think she has a weapon beyond her survival knife.

Thankfully, this isn’t going to be a tale of a useless princess being protected by her robot knight.  Riko may be all of 12 years old and unprepared for fighting, but she does have a good set of survival skills and the tools to use them. 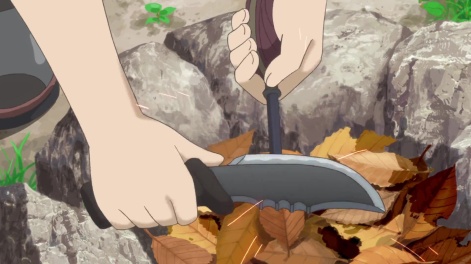 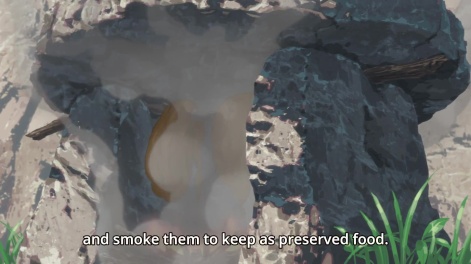 Speaking of fighting, they encounter their first terrifying denizen of the Abyss.

What’s interesting about it is that for this monster, and another one that appears later on, the animation style changes.  It feels like the creatures have been run through some kind of blurring filter, smooshing together all of the internal color lines and making them almost seem… rotoscoped or something.  I mean, they clearly aren’t but it’s really hard to describe the effect.  In any event, it makes the encounters with these monsters really stand out, and makes them feel very different than the characters we’re following.  Probably this is because if the monsters were drawn with the same rounded softness as the characters, they wouldn’t look menacing at all, and so this difference in animation really highlights the danger these monsters pose.

Much of the rest of the episode (not counting the minor encounter with Habo; the episode summary really says it all) is some absolutely stunning background stills that the characters move through.  The other Con Artists have each said as much, but it’s worth stressing – nothing this season, or for that matter, several seasons, has looked this good.  Please enjoy the following gallery: 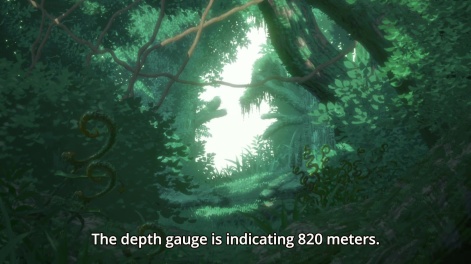 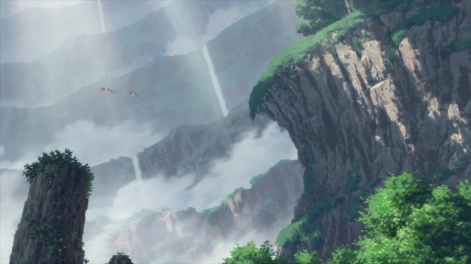 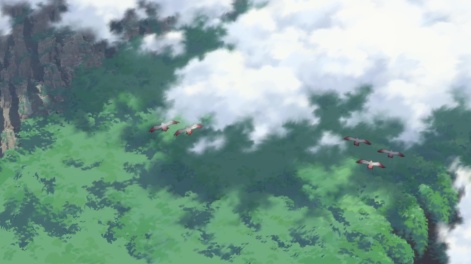 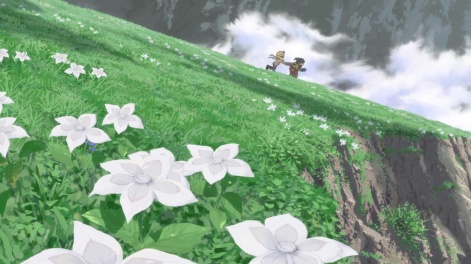 I’m almost more excited to see the various areas of the Abyss than I am to follow Riko and Reg’s adventure.  Especially because of the warning given to Riko by Habo about her upcoming meeting with Ozen.

In summary, I am totally hooked for what will happen next, and what the next area of the Abyss will bring.