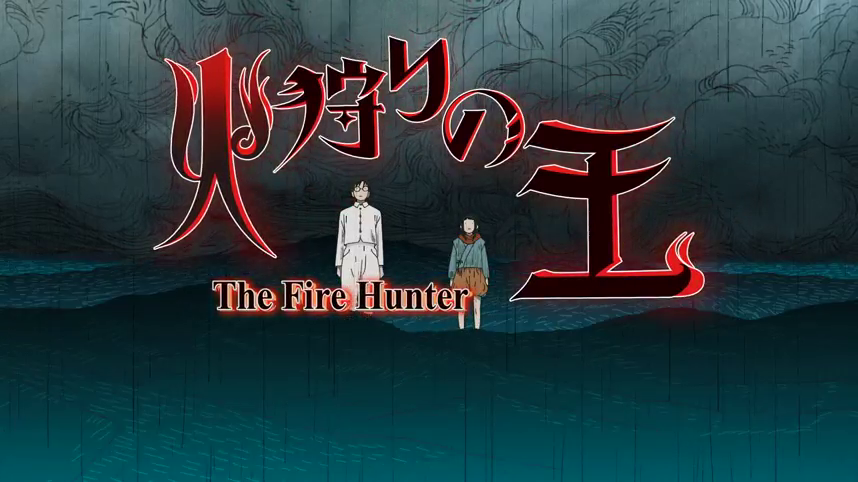 In a post-apocalyptic world where humans will violently combust in the presence of flame, those who can harvest the only substance that can safely make heat and light are incredibly valuable.  This substance is the blood of powerful monsters known as fire fiends, who live in the vast forests that have reclaimed most of the world.  When a young girl named Touko ventures into the woods and interrupts a battle between a hunter and a fire fiend, the hunter is mortally wounded protecting her from the beast. Already an orphan, those taking (grudging) care of her send her on a potentially multi-year journey to return the hunter’s effects and trained hunting dog to the capital city, where he came from. She will go there on one of the heavily armed and armored vehicles that make long transits to outlying villages from the capital to trade goods and accept offerings.  We are also introduced to Koushi and Hinako, a brother and sister living in the capital who have just lost their mother, one of many who was poisoned by exposure to the byproducts of factory work.

Well, it’s not going to be a pleasant show, but it’s certainly going to be interesting and well-animated.

The premise, that the result of some great war is that humanity now lives in fear of fire, makes for a very interesting setting. Due to the fire fiend blood effectively replacing fire for most applications, it isn’t as great a change as you might expect from the initial read, but the show has done a good job of showing and telling the effects.  The fiend blood is dangerous to obtain, and so access to it is much more limited.  A remote village like Touko’s still has enough for each family to cook, have limited light, and use for small-scale manufacturing (this village makes fancy paper), but that’s about it.

That manufacturing comes at a great human cost, and in general it seems like this regression to a half-feudal half-industrial world, plus the constant danger from beasts and even the tiniest accidental flame, have made society both somewhat fatalistic and somewhat blasé about the value of human life.

This also seems to extend to life in the village.  It is admittedly early in humanity’s return from living scattered in the dark woods (about 60 years according to a village elder), but I was still surprised to see that their buildings are all wood with straw roofs with grass everywhere.  I would’ve expected more stone and for any plants to be cleared from inside the walls, but the whole place is one lightning strike away from ruin.

Overall it looks like there’s a very interesting world here for us to see through these character’s eyes. I just wouldn’t want to be there.