The combined forces of Nebula and Earth push the dragon back into subspace.  Soya, Ginko, and Sensei stay behind to keep him there.  As the subspace storm tears the dragon’s outer shell apart, the three of them find the dragon’s original body, where they forgive and/or thank him for what he’s done.  After his death, the People of Paradise lead team catmech to the ruins of Planet Sirius, where they’re picked up by their friends.

I’ve got mixed feelings about the final episode of Planet With.  On the one hand, it does a good job of closing out the plot – all the loose ends tied up, the Earth safe again, etc.  On the other hand, it felt remarkably underwhelming and same-y for a show that started off with a lot of promise to take a well-trod premise (giant robots defend Earth) and turn it on its head (the protagonists… are the villains?!).  Instead, we got a final episode that looks like any number of other, similar shows.  A heaping helping of this… 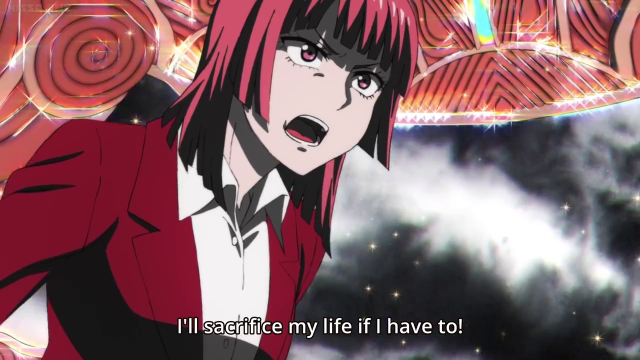 …with only a small taste of the things that made the show different, like this: 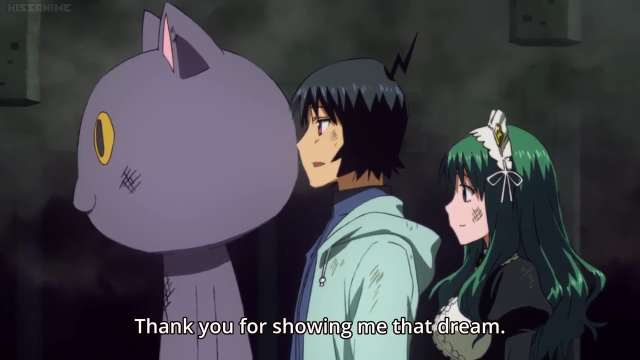 It doesn’t help that Nebula’s plan is both stupidly simple and oddly out of character for them. So here’s the big master plan: 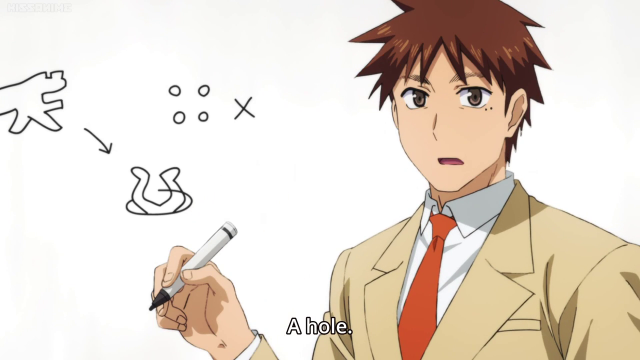 The plan is literally to get a bunch of spaceships together and then push the dragon into a hole.  That’s it.  That’s the whole thing. I wonder if that People of Paradise guy spent the whole thing shouting, to no one, “Seriously?  That’s the best you can come up with?  No wonder we ascended and left you losers behind!”  Once he’s in the hole, they close it up, banishing him once again, but this time without a chance to escape.  He’s stuck and the galaxy is safe.

Haha, what?  Did I say he was “stuck”?  I meant to say “will be immediately ripped apart by the raw fury of an unstable space-time maelstrom”.  It’s a subtle difference, but an important one, considering Nebula is all about peace, love, and cute fluffy-ness.

So that’s a little weird.  Also weird: the journey inside the dragon’s body. 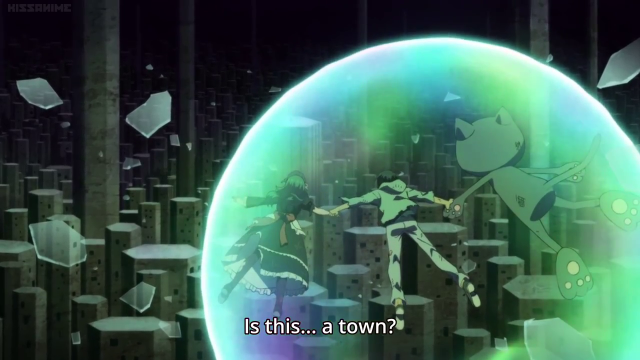 But for my money, the real kicker, was a scene during the ending credits.  Everyone has shown up to rescue Soya and company from Planet Sirius.  Nozo is able to pinpoint where he’s going to pop out of subspace with great accuracy, and Shiraishi is shocked – no telepath they’ve got has that kind of clairvoyance!  How did she do it?

Hold up.  Are you telling me that Nebula, a collection of races formed expressly because they are the “evolution of the races of love”, has never had two people in love demonstrate an unexpectedly strong connection to each other?  The races of love are surprised by the power of love? You’re killing me, Planet With.