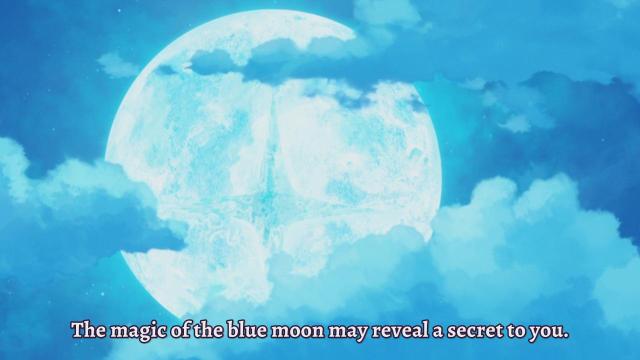 Akko’s progress with magic remains slow, and, despite her accomplishments in the last couple of episodes, she frets that it still isn’t enough to approach her idol. Further, despite her vision of Shiny Chariot’s school journey at the fountain of Polaris, Akko goes to Chariot’s contemporary, Ursula-sensei, to ask after the performer’s past exploits and present whereabouts. Unsatisfied by her teacher’s non-answers, Akko proceeds to seek the knowledge of an apparition purported (by a Shiny Chariot game card, natch) to dwell in a cave hidden underneath Luna Nova.

A Blue Moon rises, scarred with the same four-pointed star symbol present on Shiny Chariot’s accessories – a symbol conspicuously absent from depictions of the same moon on trading cards presumably only a decade old.

Diana seeks knowledge of the founders of Luna Nova, the venerated Nine Old Witches, whose chronicles are sealed within the academy’s private reference archives. The school’s current administrators grant her access, even as they discuss ominous portents.

A Blue Moon rises, and brings with it powerful visions of the past and future.

The story of the Shiny Rod begins to take shape.

This is it, kids – the true beginning of Little Witch Academia TV’s over-plot. It’s come at a good time – we’ve gotten to know the principal characters pretty well (including, oddly, the principal character nyuk nyuk), and we’re not yet halfway through the show, so there’s still plenty of time for the rest of the build-up to be spread naturally throughout more episodic adventures.

To highlight this milestone, the episode itself stands in contrast to the rest of the series so far. It is without shenanigans, sans antics, bereft of high-energy chase sequences. The world lit by the pale glow of the blue moon is hushed and still. Eerie. Magical. 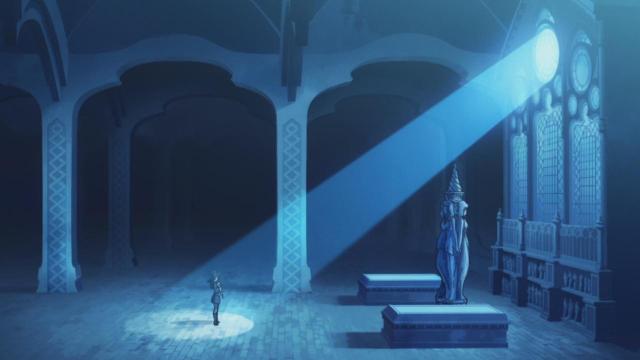 A soft tension pervades the night – first in anticipation of learning more about Shiny Chariot and Luna Nova, then in speculation as we ponder the significance of the night’s revelations. 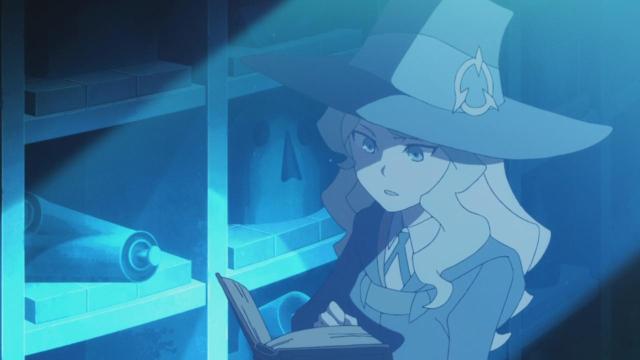 Being more familiar with Trigger’s more overtly intense works, this feels like a step outside their comfort zone.  And I think they nailed it.

This show is going places, and I, for one, am going with it.
Also: