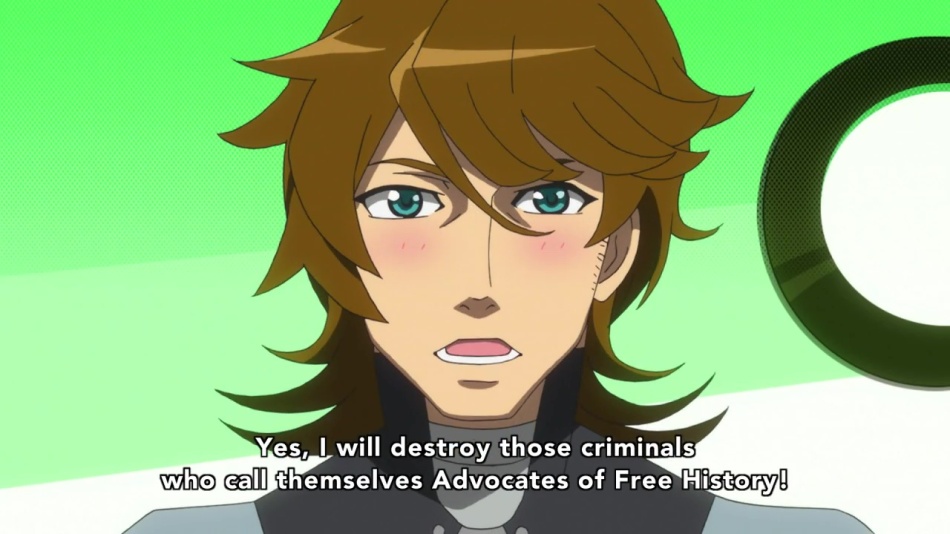 The show finally gives Jaguar his time in the limelight, devoting an entire episode to explaining what he’s all about – and what a story it is!  As a Time Patrol (TP) officer from the 25th century, he decided that his future – in which the capacity for superhumans to exist has been intentionally stopped – must be changed.  He formed the IQ, a high-powered assassination group that killed anyone needed to change the future.  Along the way, though, he realized this plan, too, was wrong, jumped back in time again, and this time established the Superhuman Bureau (SB).  Now, a future version of himself prior to his going rogue has been sent to stop the IQ version of him – and SB Jaguar now wants to stop both of his time-shifted selves from accomplishing their goals.

This was a pretty insane episode, especially as it turned the usual timeline-jumping style of the show on its head – The whole episode takes place in the present day, but there are three alternate-time versions of Jaguar fighting it out instead.

This makes for some very interesting drama.  We get to see the development of Jaguar’s character, from idealistic Time Cop to ruthless assassin leader to jaded but wiser Bureau member, at 3x speed.  Many anime have characters that argue ideologies as they fight, but this one is much more personal, as SB Jaguar is essentially confronting his own immature ideologies (as anyone who remembers what they were like at a much earlier age can attest, this can be embarrassing – “how could I have been so dumb?”).

Also, who knew Jaguar was so important?  Without him, the entire Bureau wouldn’t even exist!  Way to keep things fresh, show.

We do get more characterization of the other members of the team, as well.  Present-day Jiro still wants everything to turn out for the best for all parties involved, in this case a hostage situation in which an ordinary human has taken two fraudster superhumans hostage. 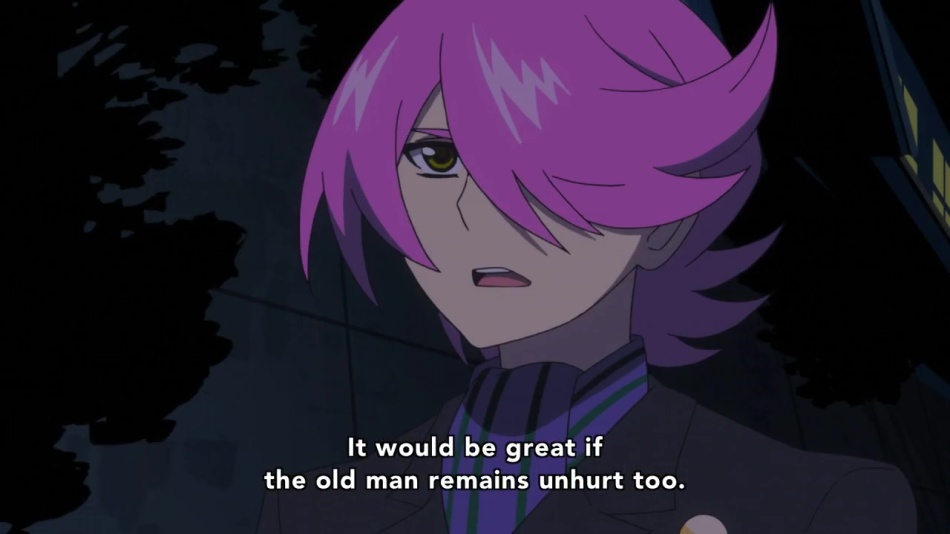 Meanwhile, Eimi, though she still works closely with him, continues to show off the darker side of the Bureau. 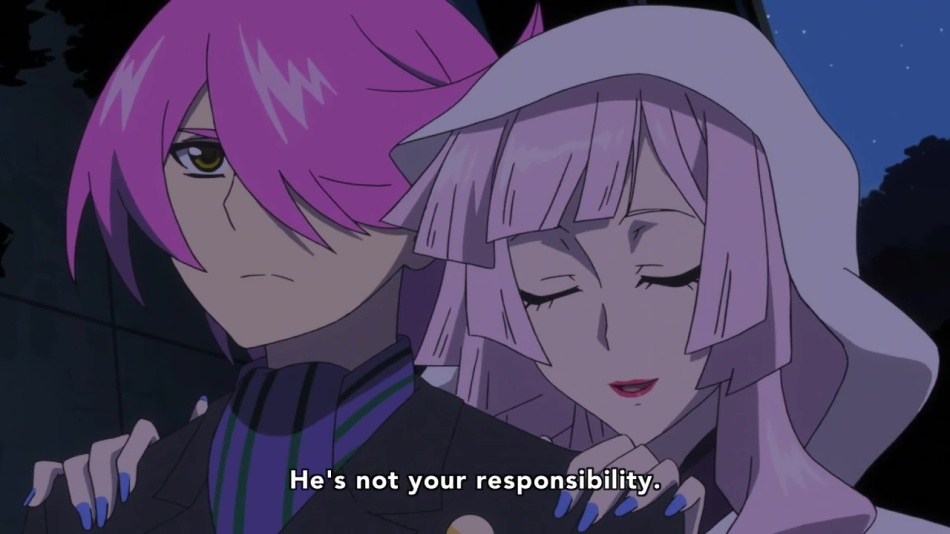 I’m glad that they take these little moments to keep building up the differences between our cast that will eventually lead to the split.  We also see a somewhat unsettling side of Fuurouta – when the hostage situation is ended by IQ rolling in and killing the hostages and the hostage-taker, he cheerfully remarks that they were thinking too hard about it. 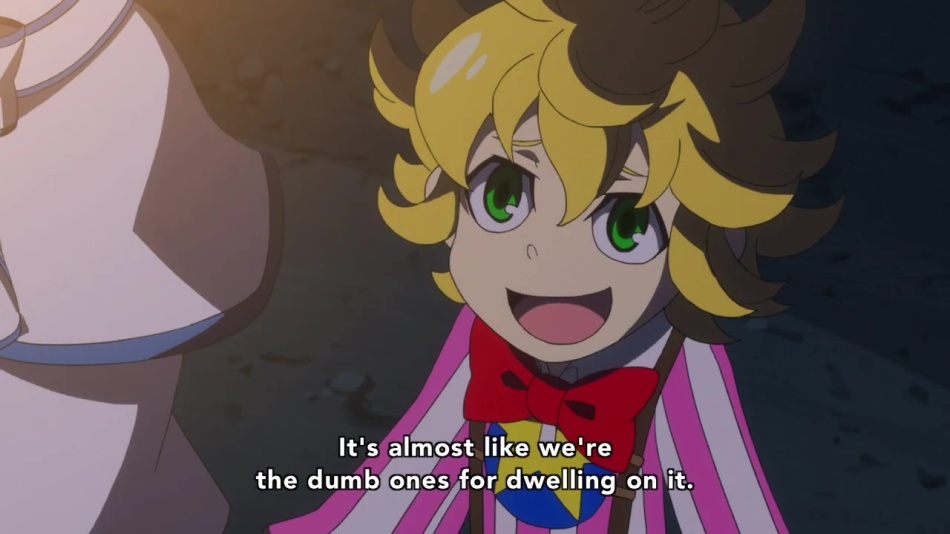 Woah there, little guy, murder probably isn’t the right solution to every problem.

The action in the show  continues to be good, as it comes in short but very impactful bursts.  Eimi and Jiro may have some philosophical divides, but dang do they make an awesome team. 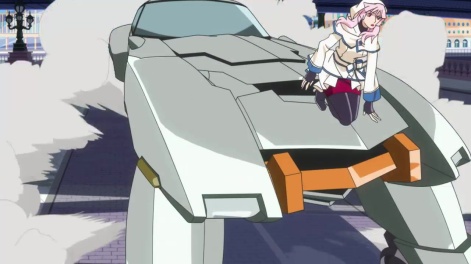 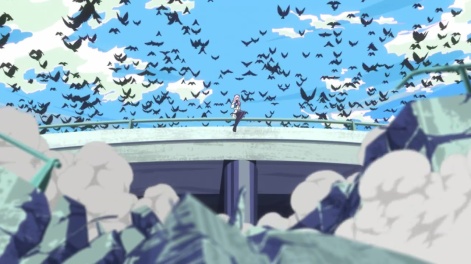 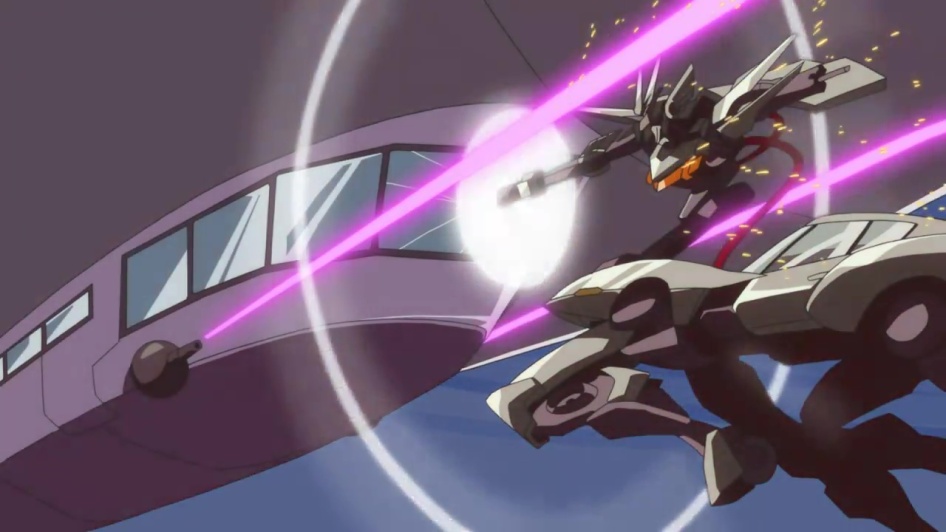 Why yes, the demon lady riding a transforming mecha horse-car summoned a storm of crows to lift the horse-car, allowing it to punch a futuristic hover-blimp in the face.  That may be the most shonen sentence I’ve ever typed, but the show pulls this kind of thing off because it does it with flair and speed, and without hyperbole or drawn-out exposition (“You’ll never get away, skyblimp!  My mechahorse has a secret power etc etc”).

Finally, the show manages to pull off a time-travel style episode and make it both fresh and at least somewhat believable.  Characters discuss the various problems with time travel (the grandfather paradox features heavily), and explain it away by stating that time itself will prevent any such unsolvable paradoxes by simply… ignoring them. 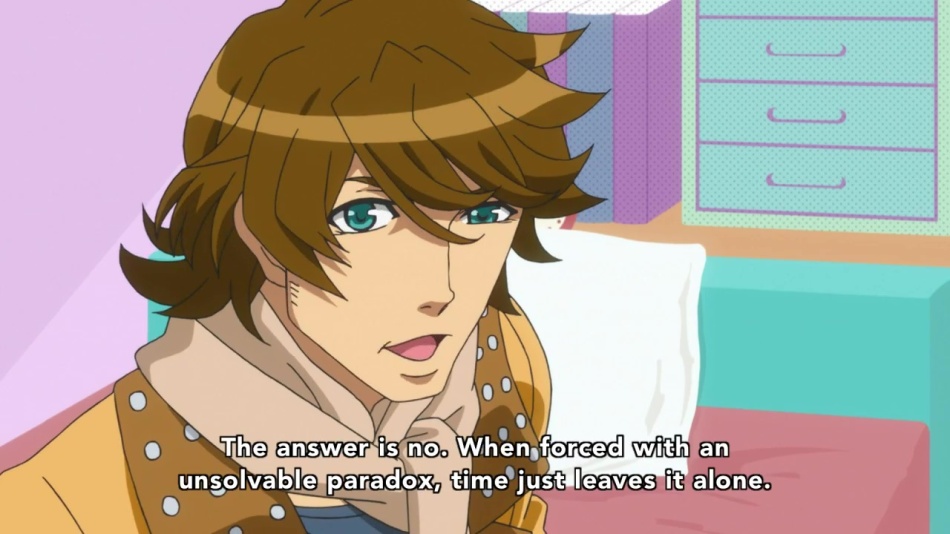 It’s simple but effective, and also leads to the greatest line I’ve heard in a long time.  SB Jaguar kills his IQ self, and fully expects to fade out Marty McFly style, but Kikko has stolen TP Jaguar’s watch and given it to the Bureau’s resident scientist, who agrees to begin researching it to unlock time travel.  Thus, SB Jaguar can’t cease to exist, since his watch made time travel (and therefore his original mission to the past) possible, and in his own words: 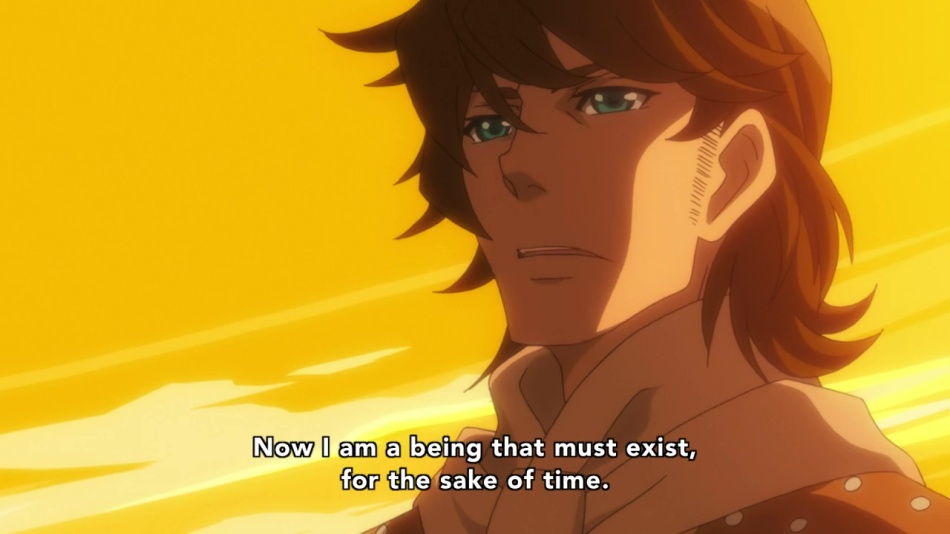 What a line!  Incredible work, Concrete Revolutio, keep it up!