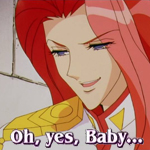 Dan acts as the Con Artists’ Quartermaster, doing his best to keep everything ship-shape. He’s the most recent member of the crew, and is thrilled to bring his own brand of humorous analysis to bear. He enjoys skewering bad anime and games almost as much as he enjoys actually finding good stuff to watch.

My history with anime goes back to the 90s, when vintage shows like Speed Racer and Voltron were being shown on Cartoon Network. At the time, I had no idea that they were anime; cartoons were cartoons. It wasn’t until the turn of the century, when I caught the beginning of Ghost in the Shell that I thought, “holy crap, THIS is animated?!” It opened up my eyes to the potential of animation and gave me a whole hobby to sink my teen years into.

I met the folks who would go on to become my fellow Con Artists in college, where we were all members of the school’s anime club. Many late nights and fond memories of lunchtime analysis of what we loved and loathed followed. This was also when I was introduced to the convention scene, and spent a good deal of time exploring the fandom of anime and games from a new perspective.

While the proliferation of anime and other Japanese pop culture to our side of the globe has had its ups and downs, I’m still glad to see it getting bigger and more widespread every year. As a working adult, I know it can be hard to separate the good from the bad, and time becomes more valuable as you get older. Luckily, there are more resources for reviews and analysis than ever, and I hope that the Con Artists can help you find something good, avoid something bad, and have a few laughs along the way.