Short answer? YEAH. YOU ARE.

An imperious young Soma begins harassing Tohru, but is quickly set upon by some of his relatives. His behavior begins to soften as he begins to work through some of the factors prompting him to lash out.

I feel like I only have a couple of things to say about this one. Hiro plays the part of infuriating brat very well in the first half, but manages to end in a rather sympathetic position due to the development of some self-awareness and the reveal to the audience of his mind-boggling circumstances. Again, the true villain is revealed to be the entire inner circle of the Soma family (perhaps especially Shigure) unwilling to take any kind of action against their deranged figurehead – or perhaps unable? One wonders what Akito’s “true form” entails, though, whatever the reason, it seems like the situation allows him to be an abusive parent figure hovering over the entire clan (possibly except for Kyo, depending on what the deal is with him being ostracized).

I mean, Jesus Christ, Shigure – you seemed pretty unconcerned by your favorite person putting a ten-year-old in the hospital – to punish another ten-year-old. That’s gotta be against at least two Geneva Convention articles. I look forward to seeing just how long the game you’re playing is so I can judge you appropriately.

Also: what is this? 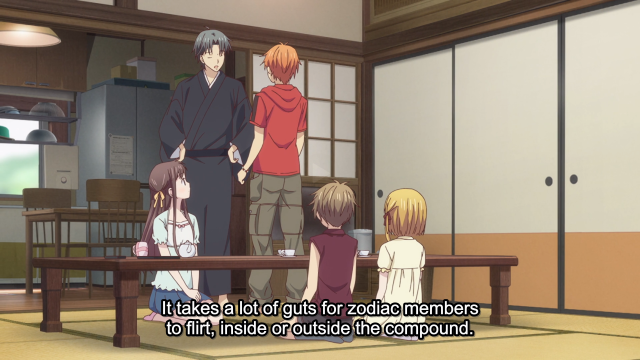 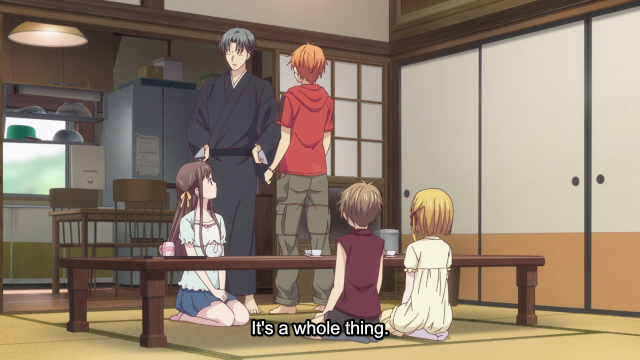 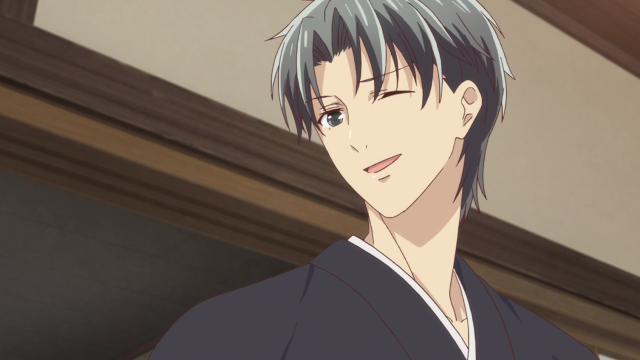 Who is this stage-wink actually for? Kisa and Hiro are both chosen, like Kagura and Kyo, and Tohru’s seen Kagura pursue her mark with zeal that borders on the unsettling. Do the young’uns think that Tohru doesn’t know that they won’t cause each other to transform? Do they not know? And even if flirting with anyone else carries… practical considerations… the only example of such a relationship that Tohru knows about ended in tragedy for reasons that aren’t directly related to that – and that don’t really justify a playful wink. 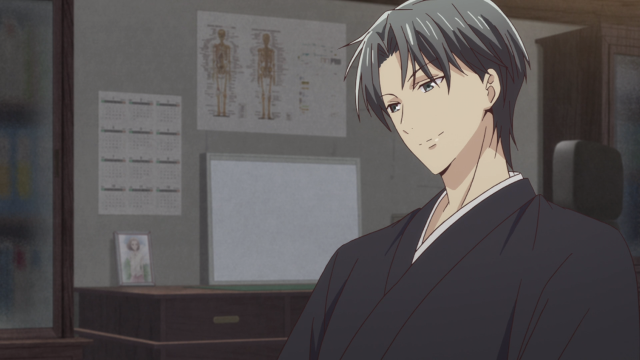 Strictly speaking, this is another point towards calendar-as-memento.

There is some messed up stuff in this story, and I hope that its enduring popularity is reflective of some kind of good ending.