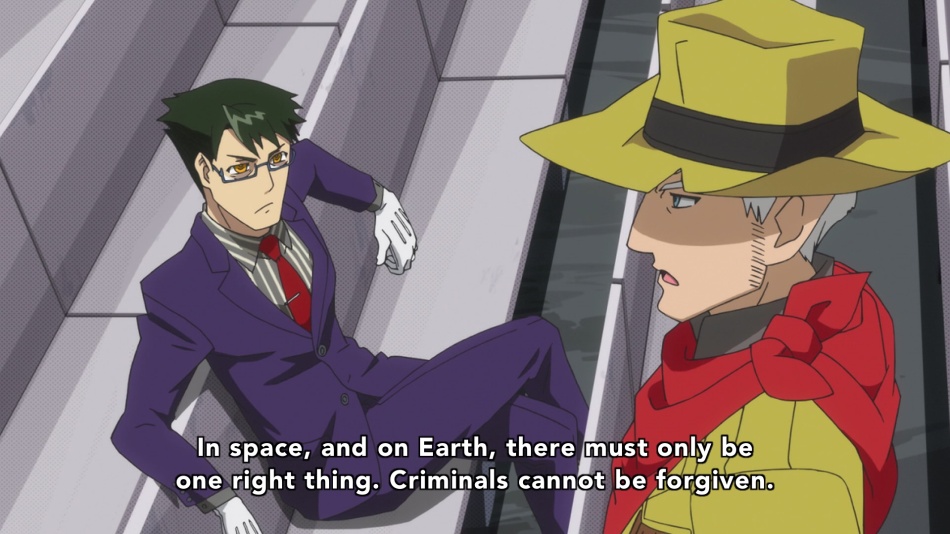 The Superhuman Bureau is back and under the forced control of National Security Force. They even have a new boss…with a shuriken! Detective Shiba grudgingly works with the military to get a new giant robot (the Arcus) working, to capture or kill superhumans.  Since we last left off the superhumans are being hunted like animals and the student protests continue to get more and more violent. An android detective representing the peace plan of seventy intelligent species appears to capture the S Planetarian who is secretely Grosse Augen. In addition to this it seems like Detective Shiba Raito is malfunctioning…

Wow….Active Raid almost made me forget what it’s like to have a REAL show with REALLY IMPRESSIVE PLOT. Also…ROBOTS?! I swear you guys are planning this stuff!!

As with the first episode of Concrete Revolutio, Episode 14 is like drinking from a fire hose. There is SO MUCH going on and so little of it makes any sense right now. The Superhuman Bureau, now with some new boss, are all in matching uniforms and helping Detective Shiba test out a new mega robot that seems to be powered by Shiba himself. When push comes to shove between Shiba and the new boss, they prepare to throw projectiles at each other but are stopped by a mysterious beam of light from a flying saucer. From this light comes an android named Yusei Washizu. He claims to be on a mission to destroy the space criminal “S Planetarian”.

In case nobody remembers this plot point, S Planetarian was the giant thingy that another giant thingy called Grosse Augen was fighting in Episode 1. Grosse Augen’s host body was dying and to save him, Kikko and Jirō helped put him into the S Planetarian so he’d survive. This episode does a good job reminding you of this plot point in a flashback. I think all would have gone well if this was the only plot development we had to work with. Instead, the Episode blitzes through the aftermath of the explosive start to a battle at the end of Episode 3 (Megasshin anyone?!), the students getting arrested in the showdown of Episode 13, and a random beast attack on the student protesters staged by the Bureau. Hopefully we get more on all this later but it felt like the show’s way of being like “Oh yeah…you are are probably wondering what’s been happening since last season, right?! Uh…just…look over here, we’ll answer it later kthanx”.

The capturing/rescuing of the S Planetarian/New Grosse Augen is mainly used to show all the characters moving around and interacting with each other. We get an interesting dialogue between Emi and Jirō regarding Kikko that hints back to Episode 1, we see Jirō’s resolve to not interact with Kikko (thusly protecting her), we learn the whearabouts of the previous chief of the Bureau, that Arcus robot plot point dies as fast as it was introduced, and holy cow somebody slow down this crazy train. The action and deep themes in the this episode are stellar but because we aren’t fully invested in anything and can’t keep track of it all, everything feels hollow.

Detective Shiba spends much of the episode overheating and attempting to figure out what’s wrong with himself. The more time he spends with Washizu the more he realizes how similar they used to (and should still) be. At the heart of this episode we are supposed to be seeing that Shiba is struggling with becoming more “human”, and beginning to accept that he is a “superhuman”. While this was his goal after he realized what happened to him at the experimental lab on Ogasawara island, he can’t seem to cope with it. It’s also a convoluted loop for a robot to have what you were meant to achieve be complete but not be satisfied (or regret) the achievement. 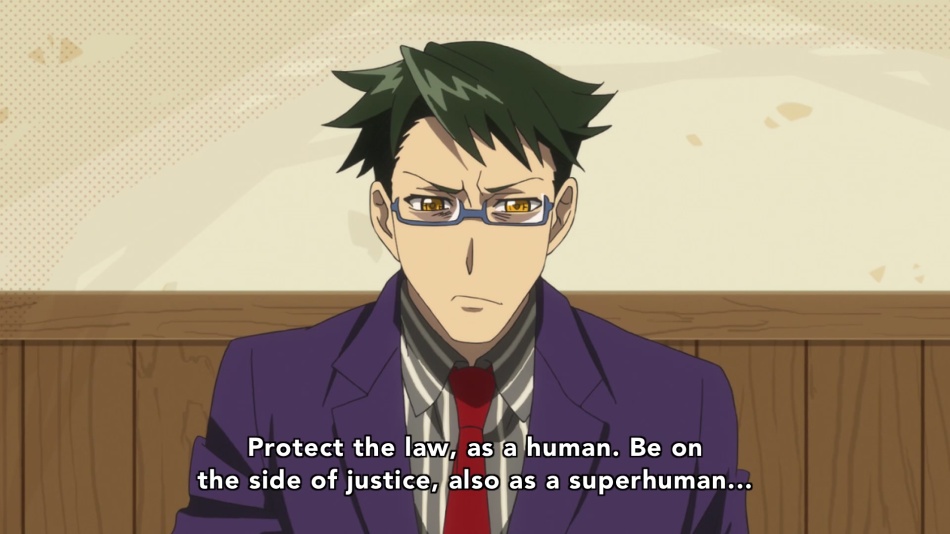 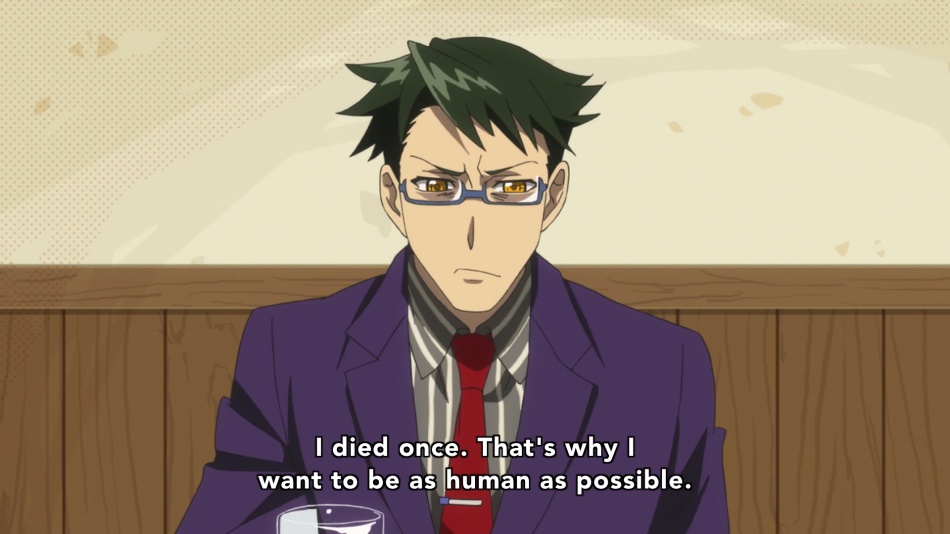 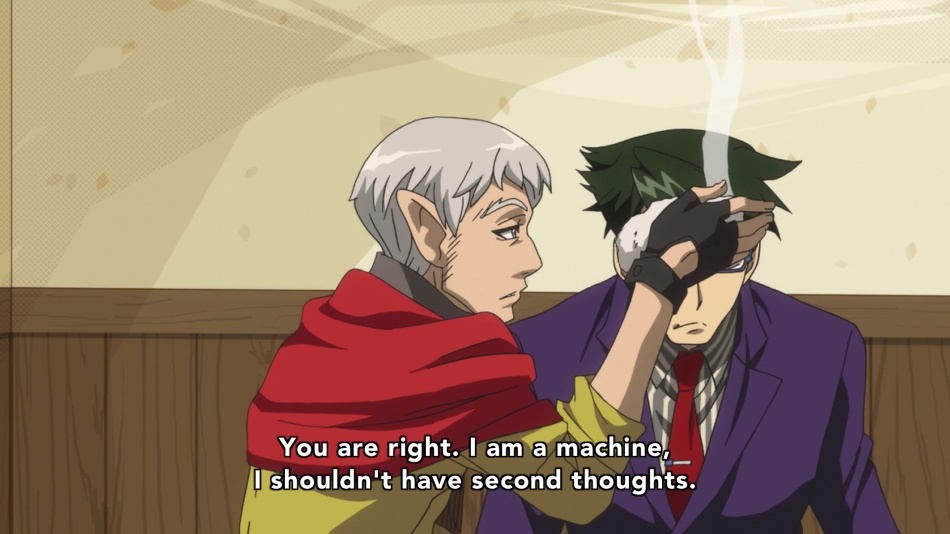 Shiba destroys Washizu in the end and takes a chip that helps him decipher “right” and “wrong”. The end result of all this presents an interesting conundrum but feels rushed and like many hasty decisions were made. I mean…aren’t some heads going to roll now that the result of seventy species efforts has been destroyed and dismantled?! 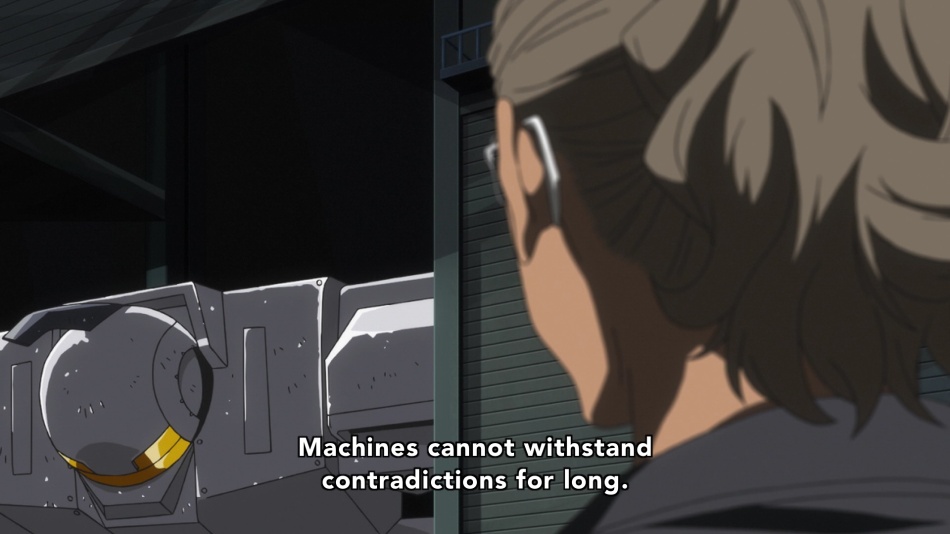 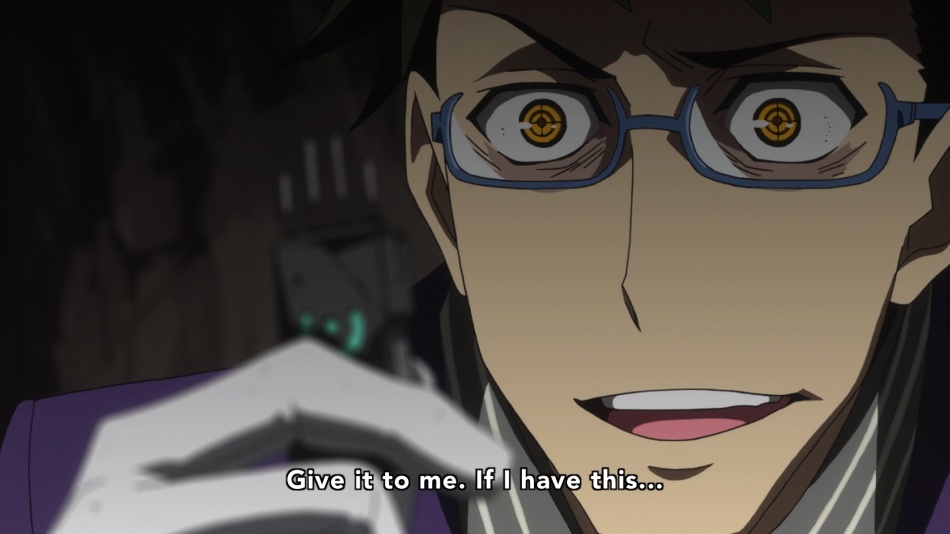 Honestly, as much as I am thrilled that Concrete Revolutio is back, it really needs to take a breath and explain things out. This episode was bonkers. 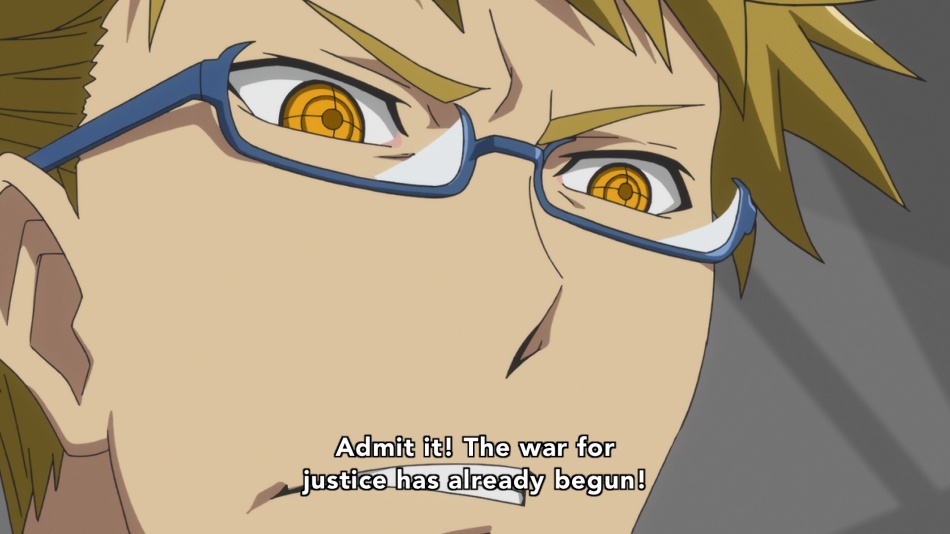